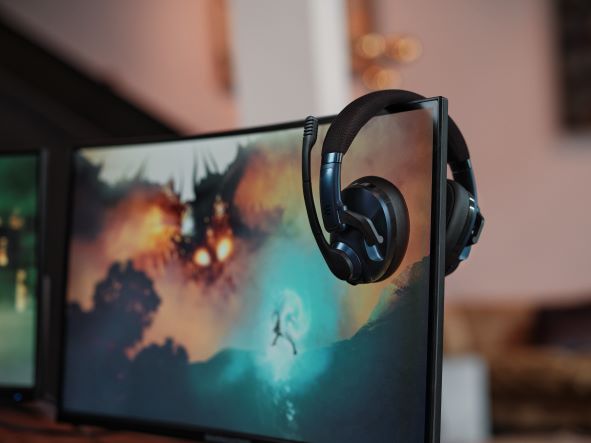 EPOS H3Pro Hybrid Wireless Headphones Review – I’m a huge fan of wireless headphones – I’ll always sing the praises of wireless over wired, especially as the sound quality out of them has only improved over the years.

But I’ve never had a pair of wireless headphones I could use for gaming on all my platforms and devices. Until the EPOS H3Pro Hybrid Wireless Headphones, that is.

These headphones can seamlessly go from your PC, to your PS5, to you Xbox, to your phone, and whatever other device you want to connect it to. It’s a great all-in-one headset for those with multiple platforms, but a lack of range and what seem to be connection issues put this pair short of its potential.

To The Next Device And Back Again 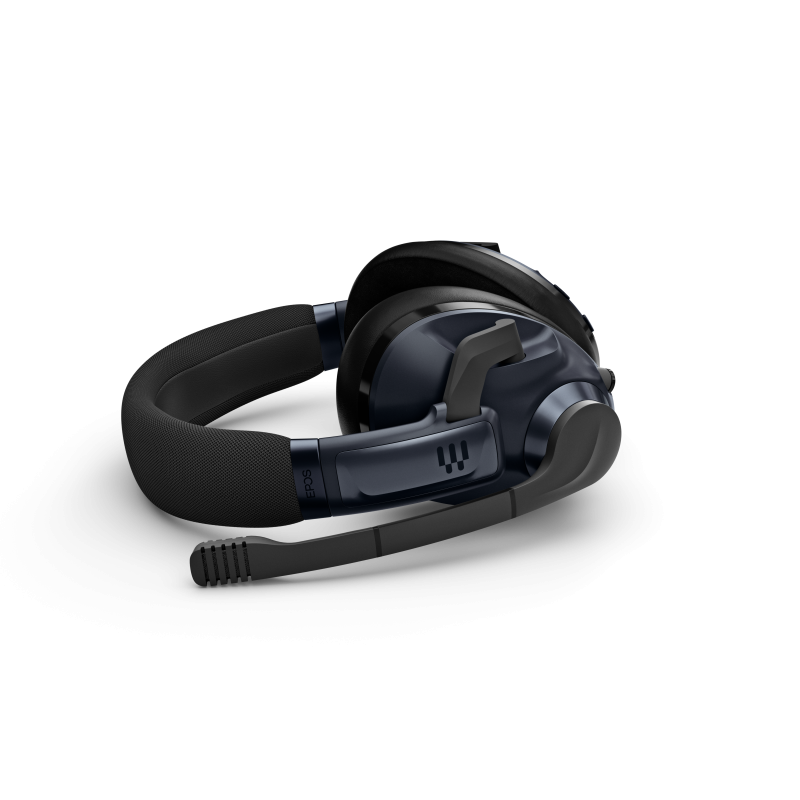 It’s a more common thing now than it was maybe, a decade ago, to own multiple gaming platforms and wireless devices. This usually comes with needing to purchase accessories specific to those platforms, and when it comes to headphones, they can start to feel redundant.

Even though, try as you might, the headphones you bought for your PlayStation won’t work on your Xbox, and vice versa. It is definitely a niche issue, and one that not everyone will have, but being able to have the one pair for all your platforms is a boon, I can now tell you.

Being able to use the EPOS H3Pro Hybrid Wireless headphones on my PC and then in the same breath swap to my PS5, without any issues connecting is the dream I never knew I wanted, having accepted a life of redundant headphones.

Even if you won’t be switching devices frequently or at all, there’s a security that comes with knowing no matter what other platform you might use, these headphones are pretty much going to work.

There’s also Bluetooth connectivity support, which goes further than just being able to connect your phone, as you can have your phone connected while also connected to your console, to run audio from both devices through your headphones.

Although, it is unfortunate to know that part of its universal capability comes from the USB Type A adapter that plugs into your devices, rather than a Type C adapter.

The Range Of My Own Wingspan 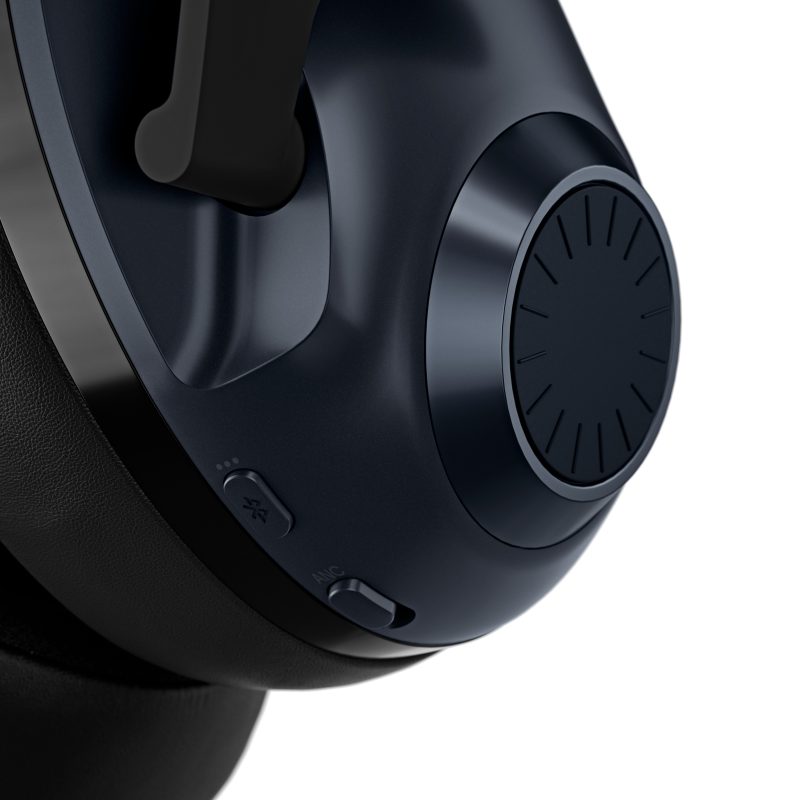 I normally wouldn’t point out a preference in USB adapter types, but it can’t help but feel connected to one of the H3Pro’s major issues. The wireless range on these headphones is laughable in comparison to its competitors on the market.

To clarify, I’m not savvy enough to say with certainty that if the H3Pro’s sported a Type C USB adapter, it would have the kind of range I’ve become accustomed to. But the lack of any range on these headphones is so apparent, it can’t help but feel connected.

Needing to take off your headphones while you grab a snack or glass of water is only a minimal break from the party chat or game music you were enjoying, but I can say for myself that not needing to do it is a little convenience I appreciate, and its missed here.

It almost feels as restricting as a wire, in the same sense that you feel like you can’t travel far from your device without taking them off. 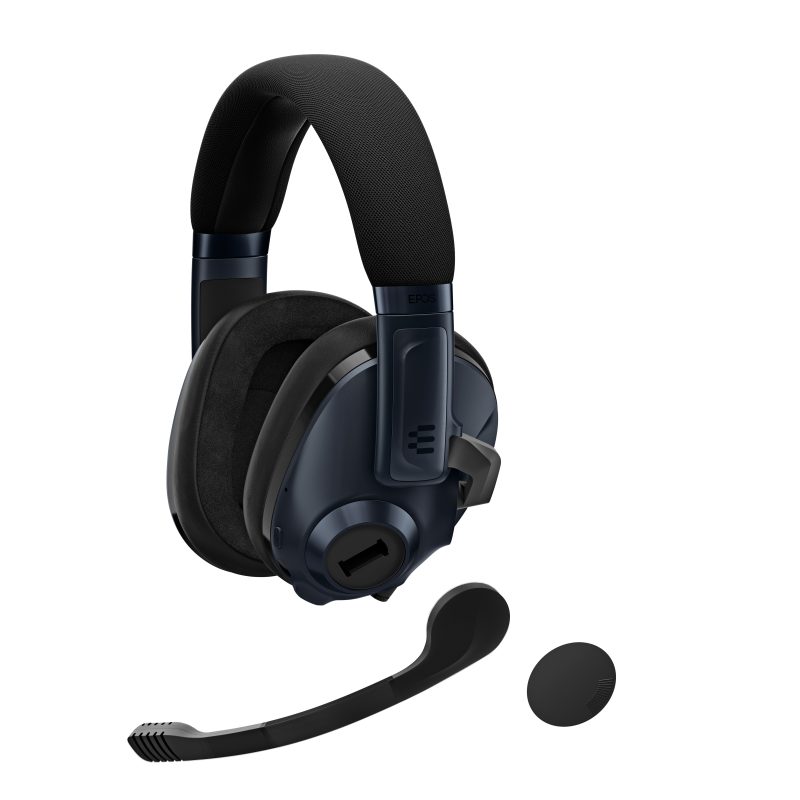 Of course, how these headphones sound is still the most important factor. Much of my feeling towards the last pair of EPOS headphones I reviewed sat around the sound quality being “just fine”.

Its unfortunate to see nothing has really changed between the Wired H6Pro’s and the Hybrid H3Pro’s. The 40mm drivers and frequency range between 20-20,000hz just doesn’t seem to cut it.

There’s a clear absence of any strong bass, and whether its games or music, it almost feels like listening to the swiss cheese version of your media.

That is, its not the full picture, and its evident the sound has holes in. What has improved though, is the mic quality.

The echo issue I previously experienced on the H6Pro’s is gone thanks to the dual microphones, and there’s never a point which my voice doesn’t come through clearly. So long as I don’t step away from my desk, at least.

Active noise cancelling in the H3Pro’s works really well, and it does the job of really letting you immerse yourself into the sounds of what you’re playing, something that works especially well for single-player titles.

If you’re playing competitive games though, and looking for that extra edge sound wise, there are headphones far better tailored towards those needs than the H3Pro’s.

Overall, there are a lot of things I really like about the these headphones, but unfortunately the sound quality just isn’t one of them.

Though I wouldn’t be giving the sound quality a gold star anytime soon, I am quite pleased with the look and feel of the H3Pro’s. Although the weight of the headphones does start to cause a headache during longer play sessions, the extra padding do well to postpone that as much as possible.

It’s simple and sleek design is also perfect in my opinion, as I really like the clean look of the blue and black together. And the detachable mic helps to take off at least some of the weight when its not needed.

They’re nice looking headphones, and that’s always a good bonus for something you’d potentially wear in a public setting.

But just looking good isn’t anywhere close to the full battle, and I end up wishing these headphones were better than they are, because they work across any device you could want to use it with, essentially.

And that doesn’t seem to eat into the battery life more than you, or I at the very least, would expect. EPOS says you’ll get 19 hours with active noise cancelling turned on, and up to 30 hours without it – 38 if all you’re doing is connecting to your phone via Bluetooth.

Over the weeks I’ve used the H3Pro’s, I’ve only had to charge it a handful of times, and it seems that even towards the end of a charge, it can still last for extended play sessions at a time.

I had a few instances in a row where I used the H3Pro’s to jump on some games of Apex with a friend, only for the headphones to warn me its battery was getting low, though still lasted well past a two hour mark.

Not The Full Package, But Close 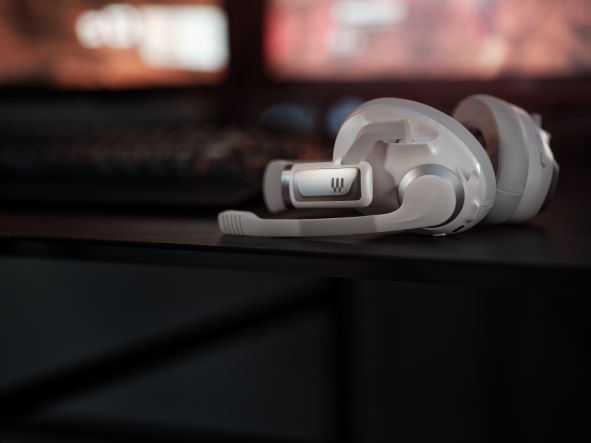 EPOS’ H3Pro Hybrid Wireless headphones are really close to being the full package pair of headphones for any gamer. Being compatible across all major platforms while being able to connect your phone at the same time is just so great, you’ll wish all your headphones could do it too.

They look good, feel good, and have a strong battery life. But these headphones don’t come without drawbacks.

In terms of sound quality, the H3Pro’s end up being of a more middling quality than anything else, akin to the “just fine”-ness of the H6Pro’s. And it was surprising to have a wireless pair of headphones feel just as restricting if I was using a wire in the first place.

There’s also the factor of pricing, as these headphones will set you back $279 USD, which puts it $80 above a pair like the Razer Kaira Pro’s, which for my money sound far better.

However being able to use them on every device I have is the kind of clinching compatibility that still makes me recommend the H3Pro’s to anyone looking for that one, do-it-all pair of headphones.

The EPOS H3Pro Hybrid Wireless Headphones are available now for $279.00

The EPOS H3Pro Hybrid Wireless Headphones does a lot of things right, in terms of comfort, design, convenience, it's feature rich and if you only want to buy one pair of headphones for everything, this fits that bill. But the sound quality is nothing to write home about, and sits in that area of being 'just fine'. Altogether, these headphones do everything I could want them to do, except sound better.