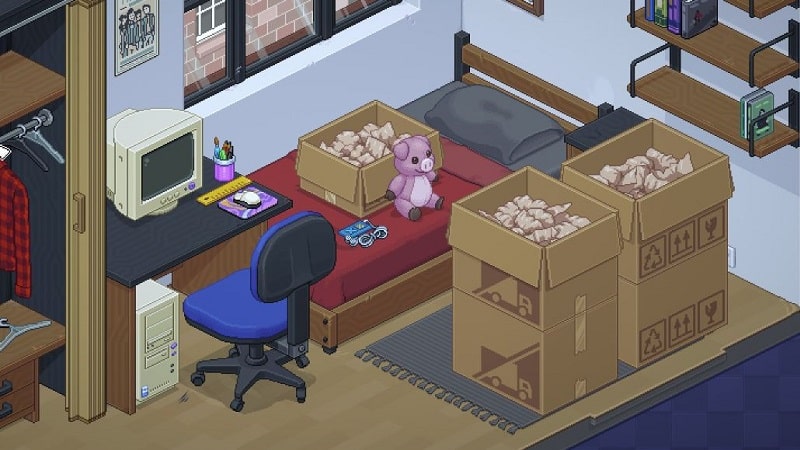 Unpacking PS5 review. Though we may not recognise it at first, the act of unpacking boxes as we move from one place of living to the next is much more than a purely administrative act. As we unpack the contents of those hastily formed or reformed cardboard boxes, we aren’t just shifting possessions from one place to another, but holding onto or rejecting memories and aspects of our lives that have either endured with us or which we now reject entirely.

Built upon this intriguing premise, Unpacking from Australian developer Witch Beam dives headlong into this notion – presenting the player with a series of isometrically presented rooms into which items from packed boxes must be placed and positioned. Though such a concept might seem trite at first, Unpacking works so well primarily because it manages to craft an entirely stress-free experience which deftly blends light puzzle solving elements with an almost melancholic emotional core that few other games can lay claim to.

Unpacking Is A Warmly Emotional, If Ultimately Too Brisk Block Fitting Puzzler

Each level begins with a series of boxes from which individual possessions must be unpacked and placed around the various walls, shelves, drawers, beds and other furniture present in that room – the kicker being that certain objects need to be placed in certain locations in order for you to complete the level. 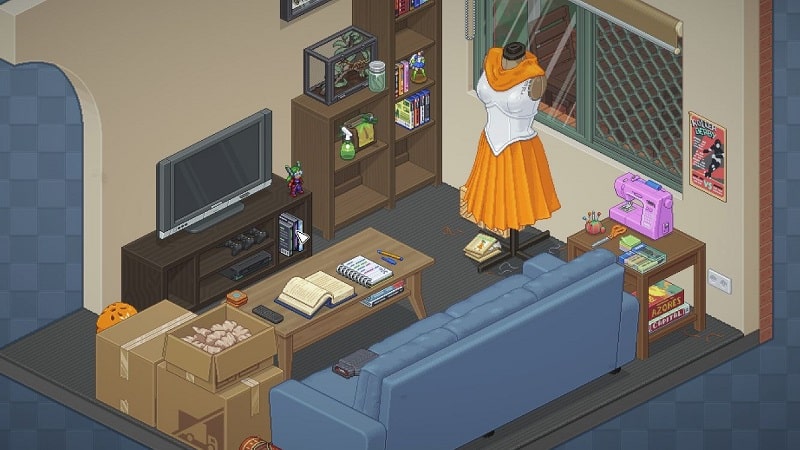 What’s perhaps most surprising about Unpacking is just how non-prescriptive it all is. Without any kind of tutorial and through the delicate use of its whimsical UI, Unpacking gently lets the player know when an item has been placed in the ‘wrong’ place, with a flashing red outline around each item that needs to be moved. What is especially welcome though, is that there’s no restriction beyond those specific belongings when it comes to how you wish to place these remaining items, and it isn’t long before you realise that you’re not just positioning posters, pictures, books and stuffed toys in an arbitrary fashion, but rather you’re unpacking these belongings in pretty much exactly the same way that you might do in real-life.

Much more than just a series of seemingly disconnected isometric puzzles, each level in Unpacking instead forms of part a larger narrative which becomes clear with each room that is completed. As you pull out item after item from box after box in levels that span years in the life of a single individual, an overarching story becomes to come into focus that tells of a warm, melancholic coming of age that is mixed in with heartbreak and eventually a sense of redemption.

Certainly then, Unpacking’s style of visual storytelling is a beautiful one that errs towards parable and does a fantastic job of making you feel emotionally invested in the growth, trials and tribulations of people that you will never see, hear or read a spoken word from. It’s a remarkable testament to the talents of the developer too, not least because Unpacking is an absolute world away from the furious twin-stick shooter shenanigans of Witch Beam’s previous effort, the excellent Assault Android Cactus. 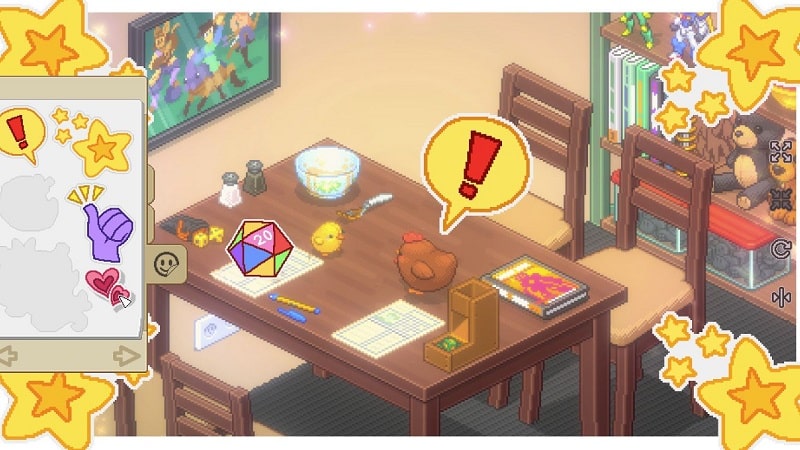 With its whimsical, though resolutely attractive pixel-art visuals and Jeff Van Dyck composed soundtrack that manages to elicit feelings of melancholy, happiness and even hope, Unpacking caresses the senses and feels akin to settling into a warm bath – taming your mind and permitting the sort of relaxation that you just don’t usually get from contemporary video games. And this is arguably the keenest point of Unpacking’s appeal, as the almost glacial paced gameplay places no stress or urgency upon the player, instead permitting them to do things in their own stride all the while using their own memories as a guide to how the actual act of unpacking should unfurl.

Without a doubt the biggest flaw that Unpacking possesses is that it is much too short and can be pretty much completed in around four hours or less, with precious little reason to return other than to relieve the story that connects each of the levels. However, if the notion of that appeals (as it does with me) and if your ADHD or OCD pulls you back in to arrange everything just right, then Unpacking’s longevity certainly prove to be much longer than it would be for other folks.

Unpacking is like wrapping yourself in a warm blanket as you gently watch the years roll away in front of you. Though much too short, the relatively brief experience that you’ll have with deconstructing the emotional narrative of characters that you’ll never see via its block fitting puzzles, cements the fact that Unpacking won’t quickly be forgotten and will be an experience that you’ll likely go back to time and again whenever you need a precious smidgen of soul affirmation.

Unpacking is out now on PS5 and PS5.

Unpacking is like wrapping yourself in a warm blanket as you gently watch the years roll away in front of you. Though much too short, the relatively brief experience that you'll have with deconstructing the emotional narrative of characters that you'll never see via its block fitting puzzles, cements the fact that Unpacking won't quickly be forgotten and will be an experience that you'll likely go back to time and again whenever you need a precious smidgen of soul affirmation