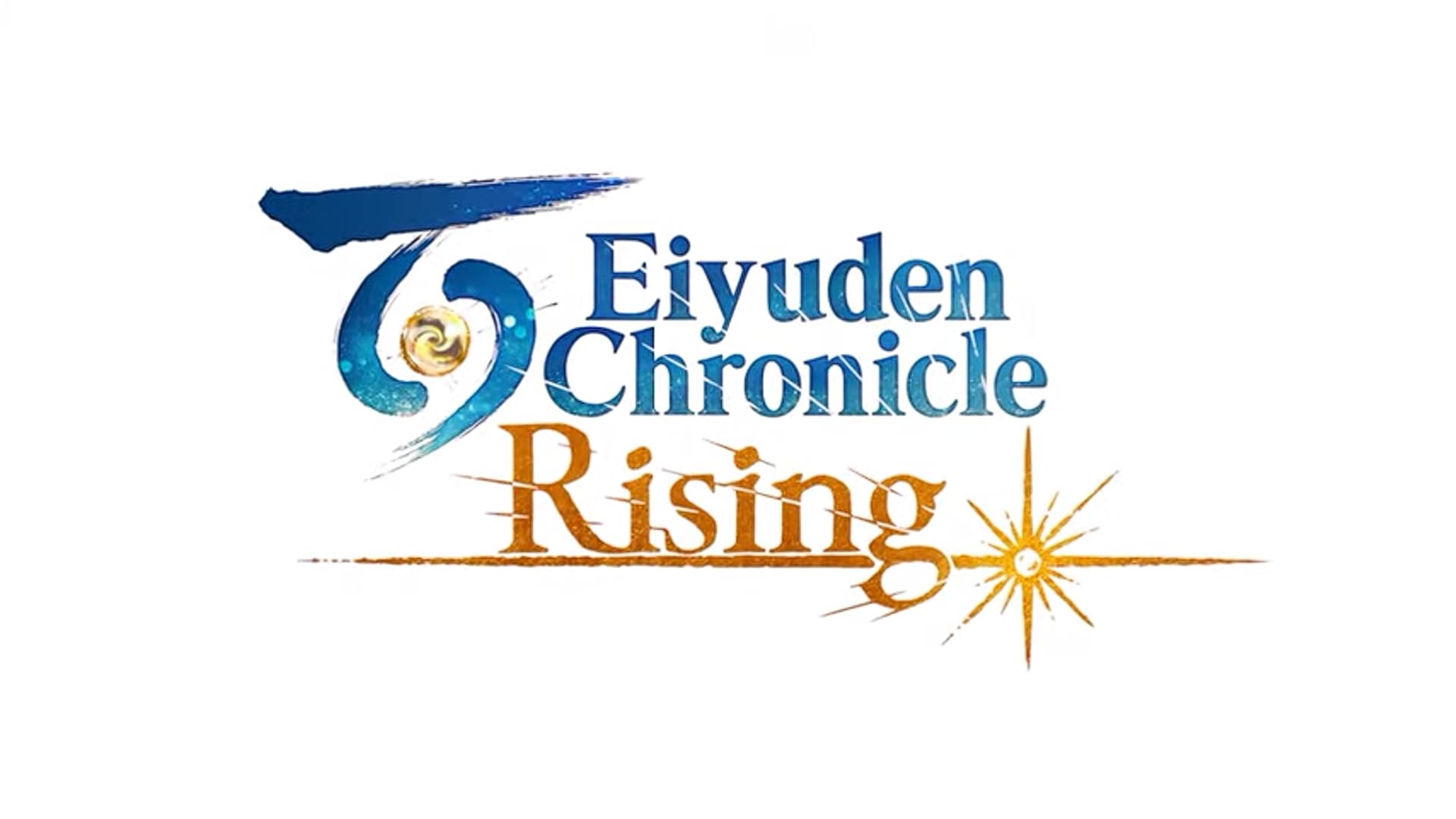 Rising takes place on a secluded island that a massive earthquake has just hit. Our main protagonist CJ arrives in town to search for treasure hidden in the underground burrows of the island.

She’s not the only one, and adventurers worldwide have come to the island for the same reason. The town has no supplies and is entirely ravaged by the earthquake.

CJ takes it upon herself to help the townsfolk rebuild the town while also exploring the island for treasure. She befriends the town’s mayor, Isha and Garoo, a giant beast-man, along her journey.

The story isn’t anything spectacular, for about 90% of the game you’ll go around helping the towns folk there just isn’t anything to really get invested in.

There isn’t any big bad that looms over the plot or any real danger. The majority of the plot unravals in the last few hours of the fifteen to twenty hour campaign.

Even though Rising is supposed to help set up the story of Hundred Heroes, it’s hard to figure out what part of this story exactly sets anything up. The majority of the story sees CJ and her friends hunt for treasure while helping rebuild the town. It’s not until the last third of the game that things start to pick up, and we’re introduced to the evil Empire. I can’t say much more about why they’re evil because that’s all a bit spoiler-y.

CJ and her friends go through their journeys, but CJ sometimes feels like the odd one out. The story focuses on Isha and her mysterious magical abilities. Even Garoo has some backstory to explain his motivation, but CJ is left in the dust, and her only motivation is to help people find treasure.

Rising as a 2.5D action-adventure RPG. There isn’t much depth in the game’s combat or platforming, but there are some unique additions to keep things fresh. Combat simply has you attacking your foes, and most of them can be defeated with enough strikes.

Where combat strategy starts to come into play is linking your attacks with your party members and using specific elements to attack enemy weaknesses.

Each of the three-party members is mapped to one of the face buttons on the controller, so switching characters is simple.

It also helps when you’re in combat because you can time your attacks and call in a different party member to create a link attack combo that does great damage and leaves you invincible as long as you can keep going with it.

Though enemies are weak in different elements, I never found using their weaknesses to my advantage that important.

Sure I’ll do more damage to an enemy by hitting their weakness, but I never really needed to because simply linking my attacks defeated almost every foe in the game with ease.

The game isn’t very difficult, and I only found myself on the brink of death during the last couple of boss encounters.

Platforming is also simple, and since you can’t take any real fall damage, it just became a means of traversal with no real threat.

At the start, it can be frustrating not to be able to reach areas to find treasure chests, but as you unlock new upgrades, it allows you to perform areal attacks and even reach ledges across significant gaps.

Repairing The Town Is A Must To Make Easy Progression

Rebuilding the town is what most of your job becomes because it’s key to the actual progression. Helping to restore the town and taking on quests and requests from the townsfolk is the only way to unlock shops, buy better equipment, and upgrade your characters.

Unlocking new skills is tied to your equipment, so it’s vital to be able to unlock the shops but also have the suitable material for upgrades.

Upgrades like double jumping with CJ and blocking attacks with Garoo are locked behind their armor, so you have to upgrade it to unlock these skills.

Rebuilding the town has you taking on requests from the townsfolk. These fetch quests require you to go farm a certain amount of wood or ore or find missing residents.

Town upgrades also have a limit and the only way to extend that limit is by collecting stamps. As you complete requests, you’ll earn stamps; once you’ve completed a stamp book, the town expands, allowing more citizens to enter and unlock new upgrades and shops.

The game rewards you for everything you do, and that’s a good thing.

Though it may get boring doing so many fetch quests, what helps you along is that the map points out where everything you need is located. If you have to farm something, it tells you where to farm it.

But if it’s something more critical like finding a specific resident, you can look on your map to find out where that person is.

Getting Around Is Simple and Easy

Fast travel is your best friend, and thankfully it’s straightforward to do in Rising. You can fast travel around the town with ease, but you have to unlock signposts in dungeons. Once discovered, you can fast travel from one signpost to another in the same region.

The only problem with fast travel is that you can’t travel from one zone to another. The town, The Burrows, and the Snowy Peaks are considered different zones. 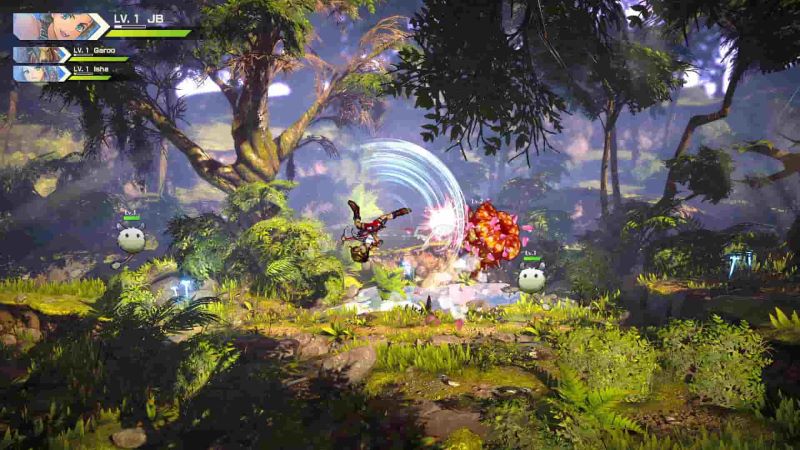 Sometimes, it can get frustrating, especially when you have to complete a request in a faraway location, just to retrn to town and find yourself needing to go back to that same location.

There are plenty of materials throughout the island, and everything is traded for these materials, so some players may find they have to go and grind for materials to complete requests or upgrades.

I never really had a problem with this until the last third of the game, where the required materials were scarce and only dropped from a few specific locations forcing you to turn back and forth between two locations so that the material point or enemy respawns.

As gorgeous as the backgrounds look, the character animation could have used a little more work as it almost feels like some animation frames are missing during attacks. Garoo, in particular, feels like he’s animated using puppet strings. 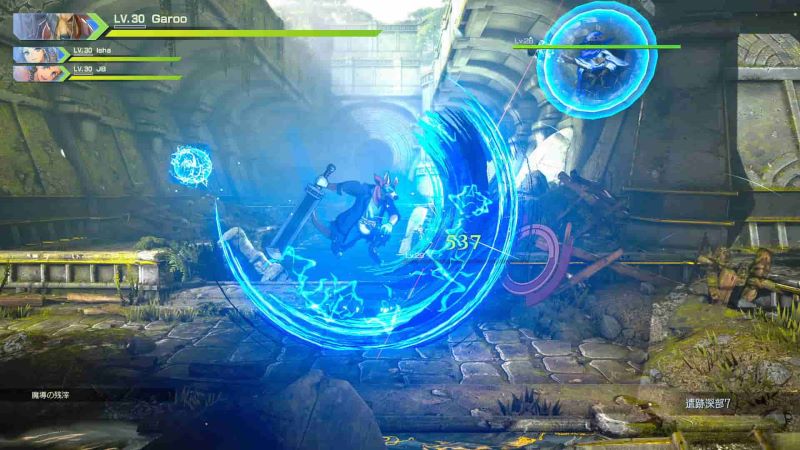 The sound design is good, and every attack feels like it packs a punch, but unfortunately, the soundtrack doesn’t work well. I felt like, at times, the soundtrack was too cheery, even during intense combat situations.

It reminded me of old PSOne soundtracks used in platformers.

Eiyuden Chronicle: Rising is an excellent start to what I’m hoping will be a great new franchise. Though I wish the story offered a little more substance, especially how it will connect to the Hundred Heros next year.

Rising’s simple combat and exploration design had me hooked without having to overthink every situation I was in. Rising isn’t groundbreaking, but it’s just what I wanted from a traditional side-scrolling action RPG.

Eiyuden Chronicle: Rising is now available on PS5 and PS4.