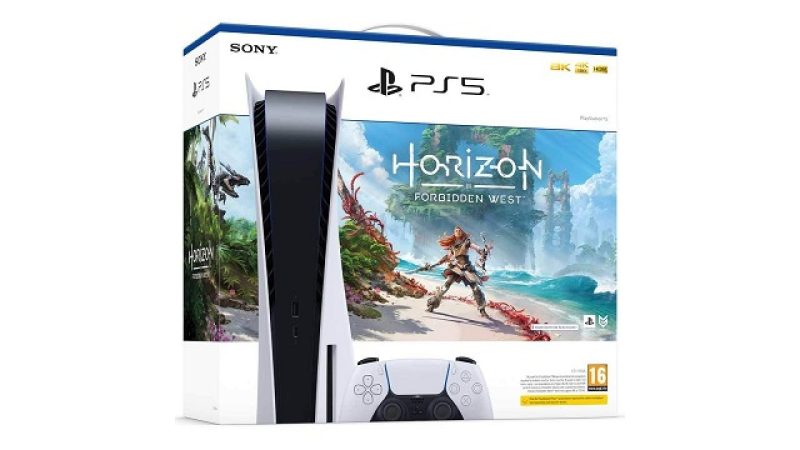 Console bundles have been a major way for people to pick up a PS5 of their own, since whether or not they want the extras that’ll come in the bundle, it can often be the last option to get a PS5 at all.

So it’s great to see a bundle that many fans wouldn’t mind shelling out for, like the Horizon Forbidden West console bundle spotted on ShopTo.

Standing at £499.85, it’ll save you about £20 compared to buying the disc-drive console and game separately. Though, as with all PS5’s, good luck to you if you are trying to grab this bundle.

It should be noted that the bundle initially sold out moments after going live, so you’ll have to wait for a restock.

If you’ve been trying to buy a PS5 since launch, then you’re likely aware you aren’t alone. If not for the chip shortage, Sony’s hardware sales might look a lot different.

Though if you’re lucky, you can sometimes grab restocks when they go live at places like Walmart and GAME, though Walmart unfortunately is likely to only drop new stock for those who subscribe to their premium service.