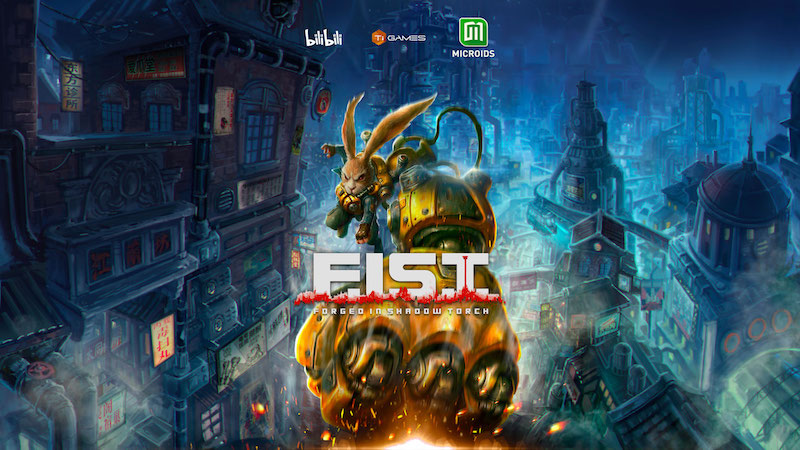 Microids has announced on Twitter that the physical version of F.I.S.T.: Forged in Shadow Torch will launch on PS5, PS4, and Nintendo Switch in Q3 2022.

We are happy to announce today the signing of an international co-publishing agreement regarding the retail versions of F.I.S.T.: Forged In Shadow Torch 🐰👊.

Physical versions on PlayStation 5, PlayStation 4 and Nintendo Switch will be available Q3 2022. pic.twitter.com/zQCalDZtVC

F.I.S.T: Forged in Shadow Torch follows the colonisation of Torch City at the hands of the Machine Legion, which had previously been inhabited by animal races. Enter Rayton, an ex-soldier who served in the resistance war, who finds himself thrown back into the action after learning his close friend has been arrested.

Armed with his trusty mechanical fist — hence the game’s title — Rayton plunges headfirst into a Metroidvania-style world that features unique themes and designs. Players are able to get their ands on a variety of weapons to utilise in action-packed, arcade-flavours combat, among which includes a drill and whip to complement your mighty fist.

F.I.S.T.: Forged In Shadow Torch was released for PS5, PS4, PC, Switch, Xbox Series X/S, and Xbox One in September 2021, and you can have a read of our full review here.